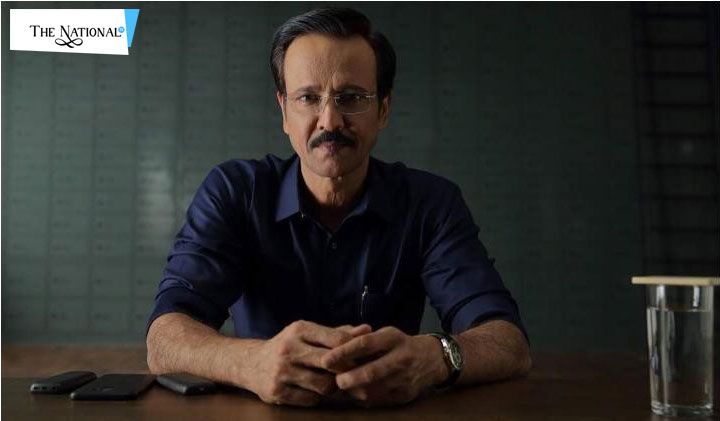 Kay Kay Menon is a name that has time and again wooed the audience with his stellar performances with each film. The talented actor broke the digital world with his nuanced and stunning character Himmat Singh from web-series Special Ops, says he plays person, not the role.

While talking exclusively with us over a telephonic interview, Kay Kay Menon talked about movies, web-series, success, failure and current state of affairs, Corona Pandemic.

Talking about his much-loved role of Himmat Singh in web-series Special Ops, actor Kay Kay said, “When I perform, I perform people, I don’t perform roles, so that’s my basic difference. If I am playing Himmat Sing from Special Ops, then I am playing Himmat Singh only. He being a RAW officer is a secondary thing. So when you have roles which are people, I try to perform people because roles are very finite in nature. You could be a cop, professor, or something, there are only 20000 roles, but people are infinite, and two people are never in the same in this world”

“My idea is to play the person, more than the role. While preparing, first I figured out what Himmat Singh is all about. And after that my process is very simple, I surrender to it. I surrender my ego, my personality and I listen to only that person’s call. While Himmat Sing, I had to realize he has loads to handle, it’s about the nation. And his vulnerability at home, plus there is an inquiry over him, so there is this balancing act he is doing, throughout. But if you were to start Heroism and Dialogue-Baaji with the character, then you have lost the whole thing.”

Talking about Neeraj Pandey and his association with the filmmaker, Kay Kay said, “Me and Neeraj Pandey, we have known each other for 16 years, since the time of Television. I know he is a genius in writing also, the way he writes the scene, dialogue, and conversation is superb. And there is a level of ultimate trust. The moment he says this is a project, I’d blindly do it because of the level of trust I have in him, and vice versa. Also, the expertise he has, Neeraj, as writer and director, is humungous. I feel I am in safe hands any which ways. The tuning with him is so good that he understands all the little improvisations and nuances. It all registers with him”

The series is co-directed by Shivam Nair, and Kay Kay is all praises for him as well. He said, “Shivam too I have known for years now. He is a master at the "feel" of a performance. This is a very nuanced way of directing which he possesses. Even the slightest movement of the eye or a subtle gesture registers with him. Thus between Neeraj and Shivam, I was in extremely top-notch and safe-territory as an actor”

With India in Lockdown due to the Corona pandemic, we asked Kay Kay what keeps him motivated and creative in such dire times.

Kay Kay said, “I don’t think you need a crisis to be motivated or creative. You have to be creative always. When you’re from creative field, you got to do something all the time. There is nothing like this time I will be creative and other times I shall be noncreative. There is nothing like that, no compartmentalization. If you lead your life in a particular manner then you will find things to do in every given situation. So that is my take on life, so it’s that simple for me”

“Sometimes I start using my harmonium, I am tending my garden, I am very fond of gardening. I love to play sports, but that is not possible in these times, I do something or the other at home. I read a lot; I do things around the house, mostly chores. The entire house help has been quarantined by us, we have strictly told them to stay home, and stay safe” added Kay Kay.